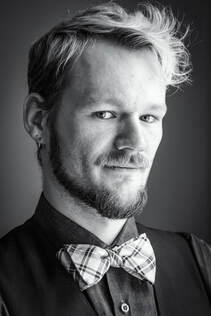 Born and raised on the Chesapeake Bay in Maryland, Nick Johnson began playing the trumpet in middle school, then moved on to teaching himself woodwinds and horn, then to cello before focusing on violin, theory, and composition after high school. He moved to New York in 2013 and is currently the acting librarian for both Litha and the Queer Urban Orchestra. In addition to handling the librarian duties, he finds time to play in the first violin section with both Litha and QUO. Nick works as a freelance music copyist, arranger, orchestrator, and composer. He recently conducted a concert of his orchestrations of trans Argentinian composer and LGBT rights activist, Calenna Garbä’s music at the Consulate General of Argentina.

Nick has played with a few ensembles since moving to New York; in addition to Litha and QUO, he was also the principal violinist for the now disbanded Classical Fusion Chamber Ensemble. He has also appeared with his violin in movies (Choir Boy) and on TV (Mozart in the Jungle, Younger​) as a background musician.

Outside of the orchestra and music, Nick volunteers with multiple community gardens and the block association in his neighborhood, as well as with the Brooklyn Bridge Park Boathouse. Nick is currently pursuing certification as a kayak instructor. 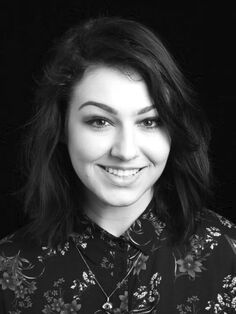 Liz Ionescu is a native New Yorker from Morningside Heights who grew up with Eastern European musician parents. She started playing the piano at age 3 and after 5 years of making up excuses and trying to hide from her piano instructor before her lessons, her mother gave her a Viola and told her she has no other options. Liz attended the Fiorello H. LaGuardia High School of Music and Art & Performing Arts in Manhattan where she further fell in love with playing orchestral music and found life long friends who also enjoy the same.

Liz took a musical hiatus in college to pursue a degree in Fashion Design where she worked alongside many well known designers in the industry. She now works in HR as a Corporate Recruiter where she is able to help others find their “dream job”.

Liz joined Litha in 2017 and rediscovered her love of playing music once again. She joined the Board as Manager in 2018 and is excited to be a part of such a great group of Musicians.  Liz also plays with The String Orchestra of Brooklyn, The Richmond County Orchestra, the CSI Orchestra, and freelances. She is also currently in school to pursue a degree in Childhood Education.